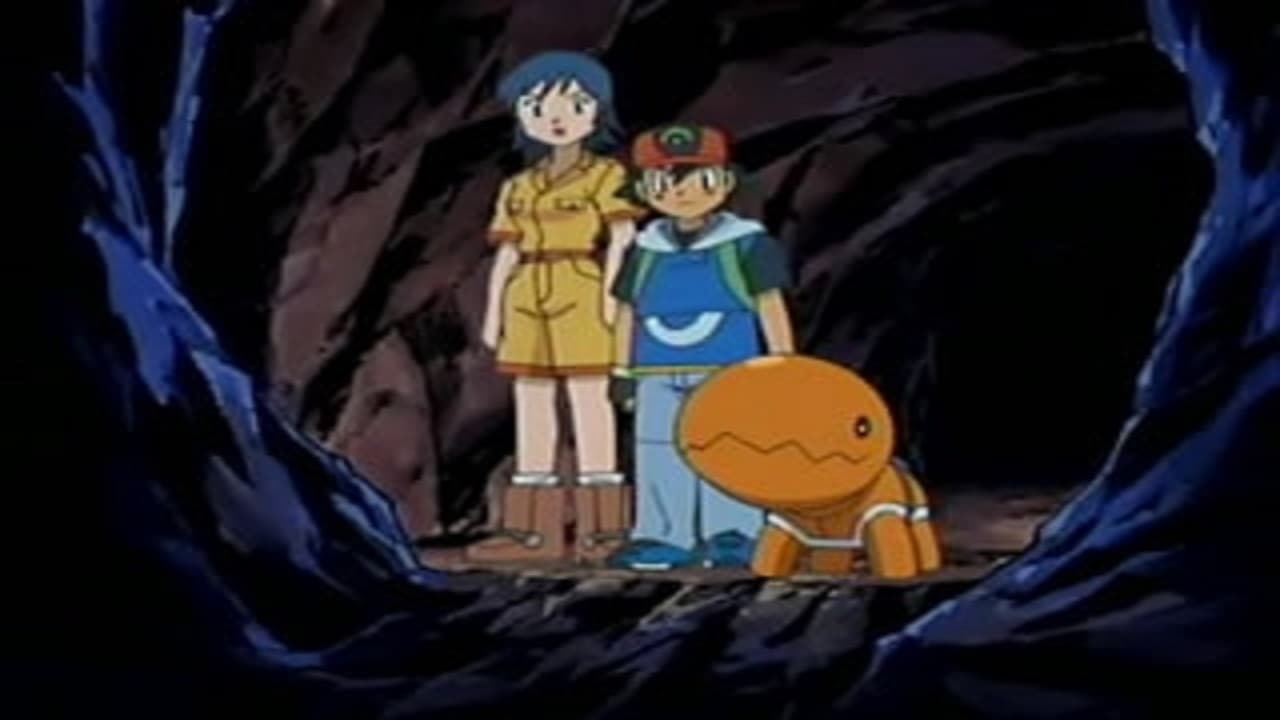 Lost in a desert, Ash and his friends see lots of identical pits in the ground—Trapinch burrows! A young woman named Elisa warns them they're trespassing on hazardous territory: these burrows connect to the many caves of the Trapinch Underground Labyrinth. Enter Hal, a Pokémon researcher and Elisa's old friend. He's being chased by a Donphan, but Elisa's Meganium clams Donphan down. It turns out that Hal once fell into a Trapinch burrow and discovered a lake in the Labyrinth—a lake where Trapinch gather and evolve into Vibrava! Now he's attached a transmitter to a Trapinch so he can find the lake again. Team Rocket appears and seizes Pikachu with their Diglett Supreme machine. But after Brock's Ludicolo breaks it and more Trapinch chew the machine to bits, Team Rocket and Pikachu don't have a leg (or machine) to stand on, and they fall into a burrow! Ash, Elisa, and Trapinch jump in after them, followed by Hal. As Max, Brock, and May wonder what to do, they fall into the burrow themselves and meet Elisa, Ash, and Trapinch. Trapinch wanders away just before the tunnel floods with water, sweeping Ash and his friends into the underground lake where Pikachu is already waiting. Trapinch strolls in, followed by Hal, and a happy reunion follows. Everyone watches a nearby group of Trapinch evolve into Vibrava—until Team Rocket swoops in and nets all the newly-evolved Pokémon. Brock and Elisa use Ludicolo and Meganium to free the trapped Vibrava, who then use Supersonic to deflect Team Rocket's attacks. Pikachu sends Team Rocket blasting off, the Vibrava fly everyone back to the surface, and all's well again as Ash and his friends head for the next town!