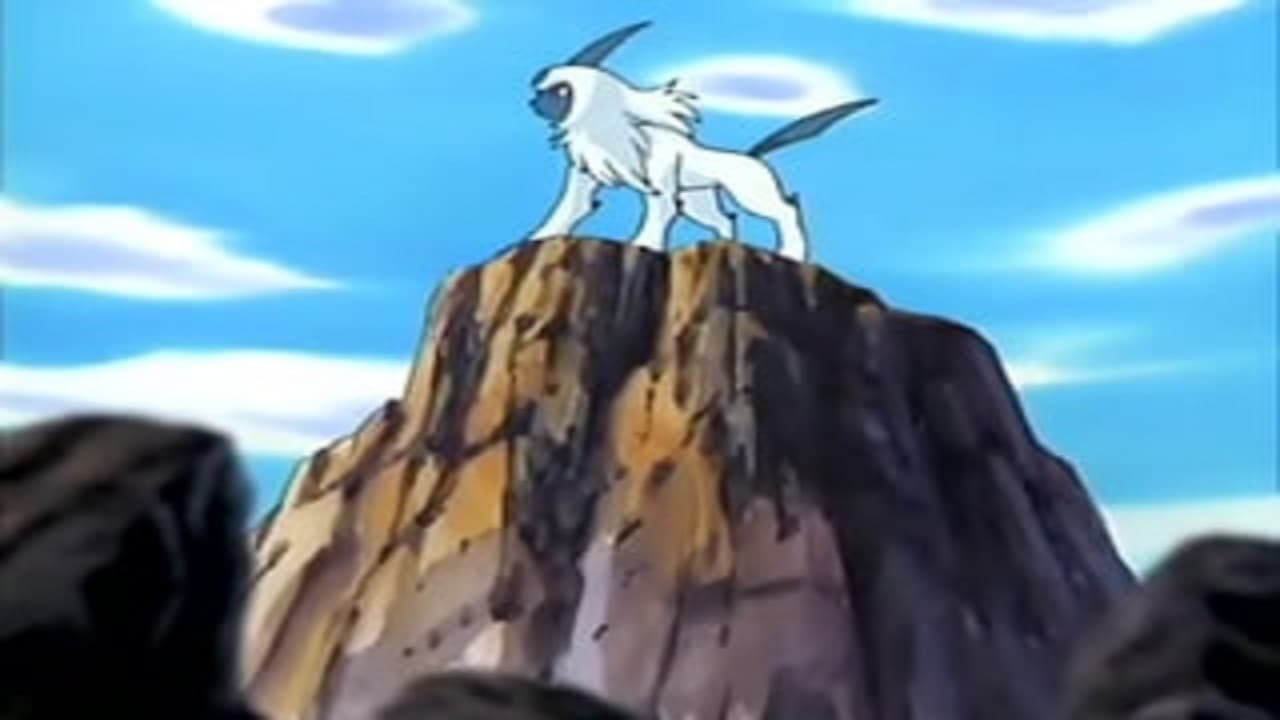 Ash is approaching the next town on Izabe Island when a sudden surge in the river destroys the bridge he was about to cross. An Absol is spotted in the wreckage, and the locals arrive to capture it. The town's bridges were mysteriously destroyed after the usually reclusive Absol began to appear in town about a month ago, so people now blame Absol for the disasters. Absol escapes, but the town has hired Absol hunters: Team Rocket in disguise! One boy, Nicky, still believes Absol is harmless—his brother, Gordon, set out to prove Absol's innocence weeks ago but never returned. Ash joins Nicky to find the truth, and they spot Absol just before a geyser erupts from a cliff, stranding Nicky, Max, and Pikachu. To everyone's surprise, Absol helps save the day, as does a Heracross that turns out to belong to Gordon. Gordon has finally returned after learning more about Absol. With his help, our heroes figure out that Absol was trying to warn the townspeople about the spring that feeds the river. There's much more water in the spring than usual, which means it could burst and flood the town. Sure enough, the water bursts out of the rocks, and it takes everyone's Pokémon working together with Absol to divert the flood with a giant boulder. A soggy Team Rocket makes a half-hearted attempt to nab Pikachu, but Absol puts a quick stop to that. With their homes now safe, the locals realize that Absol was harmless after all, and everyone is now a little wiser for the experience.