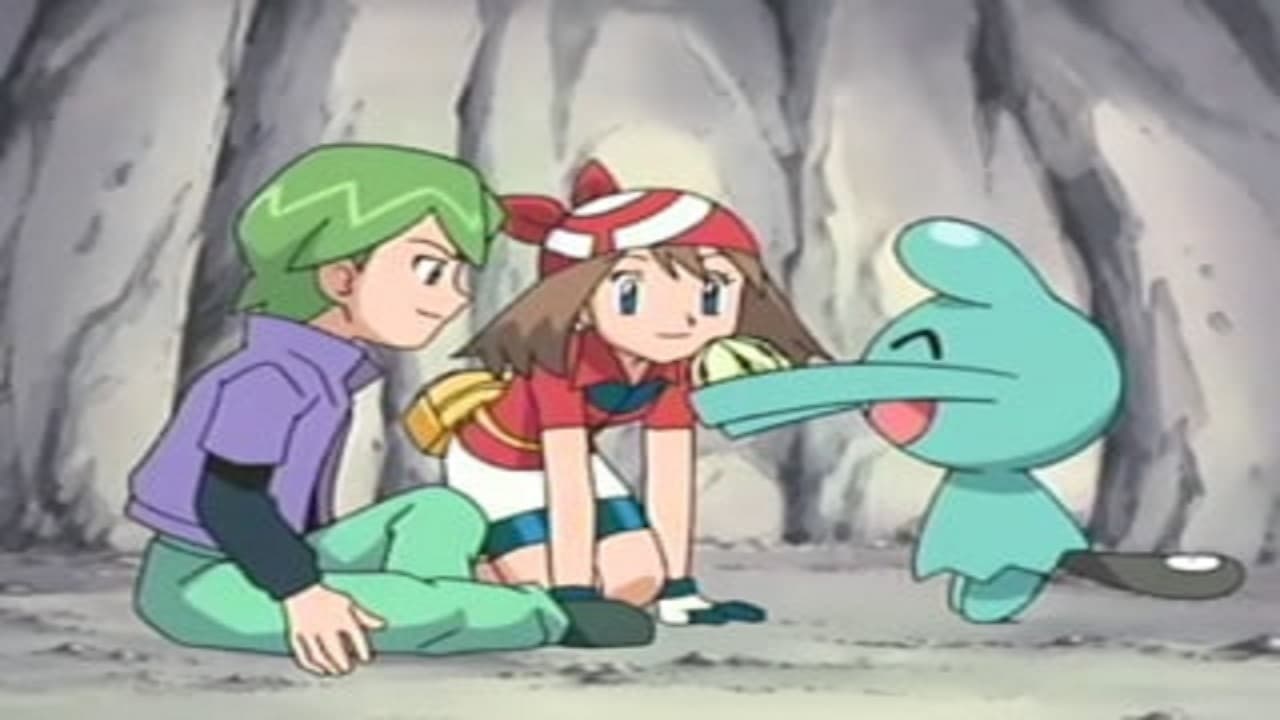 When Ash and May see Drew training his Masquerain, May can't resist the challenge of a practice match. Beautifly and Masquerain battle it out in a Silver Wind showdown that's interrupted by who else but Team Rocket and their Magikarp submarine! They use a giant vacuum to snatch the Pokémon but accidentally snatch the Trainers as well, and in the confusion, Max bumps the sub's engine switch. The submarine rockets off until it hits an island, sending everyone flying! Now Jessie, James, and Meowth need to find Wobbuffet. Brock, Max, and Ash need to find Drew and May. And Drew and May are found by Roderick, a one-time coordinator who knows the ins and outs of Mirage Island. But when Drew and May try to get a closer look at Mirage Island's famed Liechi Berries, they fall into a river! Wynaut to the rescue! A herd of Wynaut rescue the pair and shelter them in their cave, where they've got plenty of Liechi Berries to eat. Elsewhere, Wobbuffet reunites with Team Rocket, and they're inspired to steal the Liechi Berries from the Wynaut. May is kidnapped when she tries to stop them, but Drew and the Wynaut come running. Roderick and Ash's group realize foul play is afoot and show up just in time to help Drew battle Team Rocket. Team Rocket is no match for teamwork—once Drew and May have their Pokémon perform a perfect double Silver Wind, it's all over! Team Rocket blasts off and Roderick helps everyone off the island. He also gives May a sweet souvenir that will help her in her upcoming contests: a basket of Liechi Berries to make great Pokéblock!