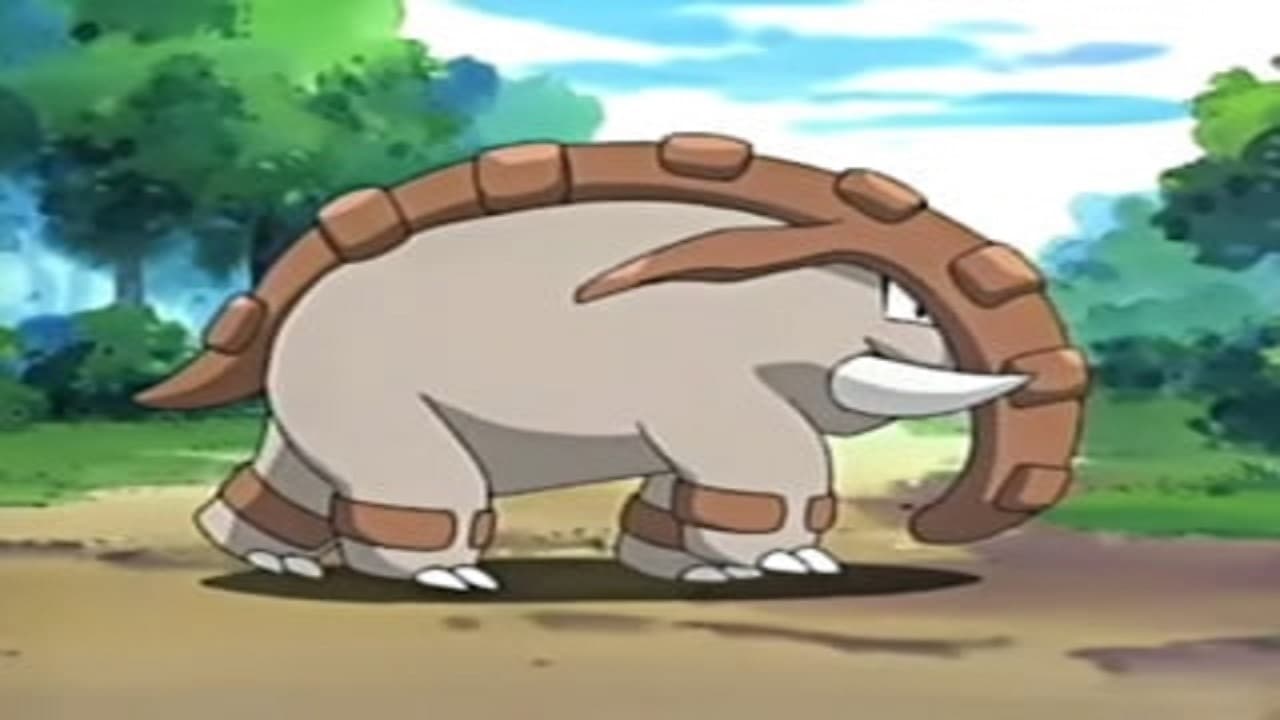 May and her friends are headed to Pacifidlog Island for the last Pokémon Contest before the Grand Festival. But their boat has engine trouble and the pilot, Carlos, lands on a nearby island. To reach Pacifidlog in time, our heroes must cross the island to the port and take a ferry. But the island is full of Donphan, and it's breeding season—all the male Donphan perform a Roll Out dance of love to impress the females, which can be dangerous for any Trainers who happen to be in the way! Along the way, May and her friends cheer on a Donphan who wants to impress a brown female Donphan. Snorunt's Ice Beam turns the ground into an ice skating rink, and Donphan trips. Ash chases Snorunt, who won't go back into its Poké Ball, but just as he gets it back, the Donphan send everyone running! May and Ash make it to the port as the last ferry is about to leave... and May bravely decides to turn around and look for Max. May's Grand Festival debut will have to wait another year, but everyone is reunited, along with their Donphan friend and the brown Donphan. Donphan does a dance of love that wins her heart, but Team Rocket shows up and captures them both. May, fed up with Team Rocket's constant schemes, calls on her Pokémon to free the Donphan and stop Team Rocket. Once the Donphan are freed, they Roll Out together and Team Rocket blasts off yet again. Carlos finds May and her friends sadly standing at the port. His boat is fixed, and he takes them to Pacifidlog. Now it's up to May to win her fifth ribbon!