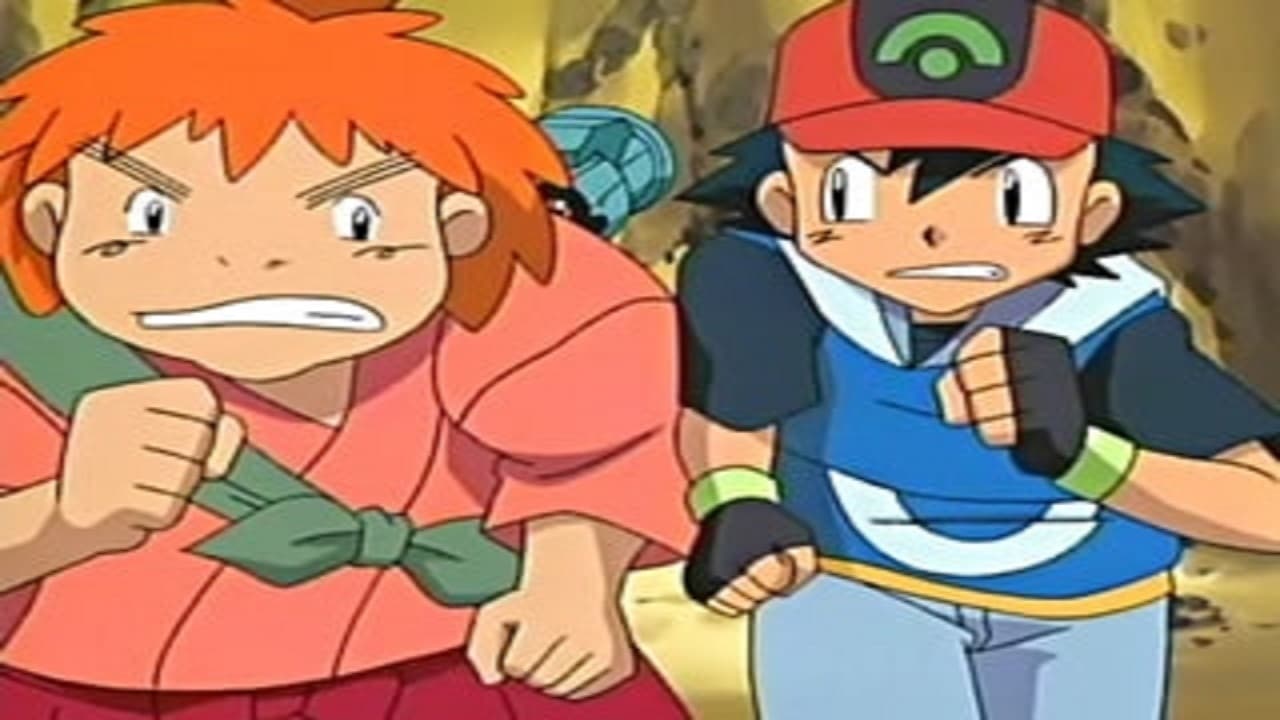 Our friends have stopped to eat, but Munchlax won't stop eating! Ash is training when he sees a sandwich come rolling down a hill, and Munchlax gulps down the sandwich. That's how Ash ends up meeting Morrison, the sandwich's owner, who decides to have a Pokémon battle with Ash: his Beldum against Ash's Pikachu! Pikachu's Iron Tail and Beldum's Take Down are evenly matched—it's a tie! After the battle, Morrison, who plans to enter the Hoenn League tournament, shows off his seven badges. When Ash tells him he needs eight badges to enter, he runs off to find a Gym. But since there's no Gym on the island, he ends up at the same Pokémon Center that Ash and his friends are staying at. The two Trainers constantly compete over everything, even which spot they're going to train in! Just as they reach a truce, however, Team Rocket kidnaps Pikachu and Beldum. Though they have no other Pokémon with them, Ash and Morrison chase the thieves down, then battle Team Rocket's Seviper and Cacnea by themselves! Pikachu and Beldum are freed and with their help, Team Rocket is quickly sent blasting off again. Now Ash is headed to Slateport with his friends, but as Morrison goes off to earn his eighth badge, the two rivals promise to meet each other again at Ever Grande!