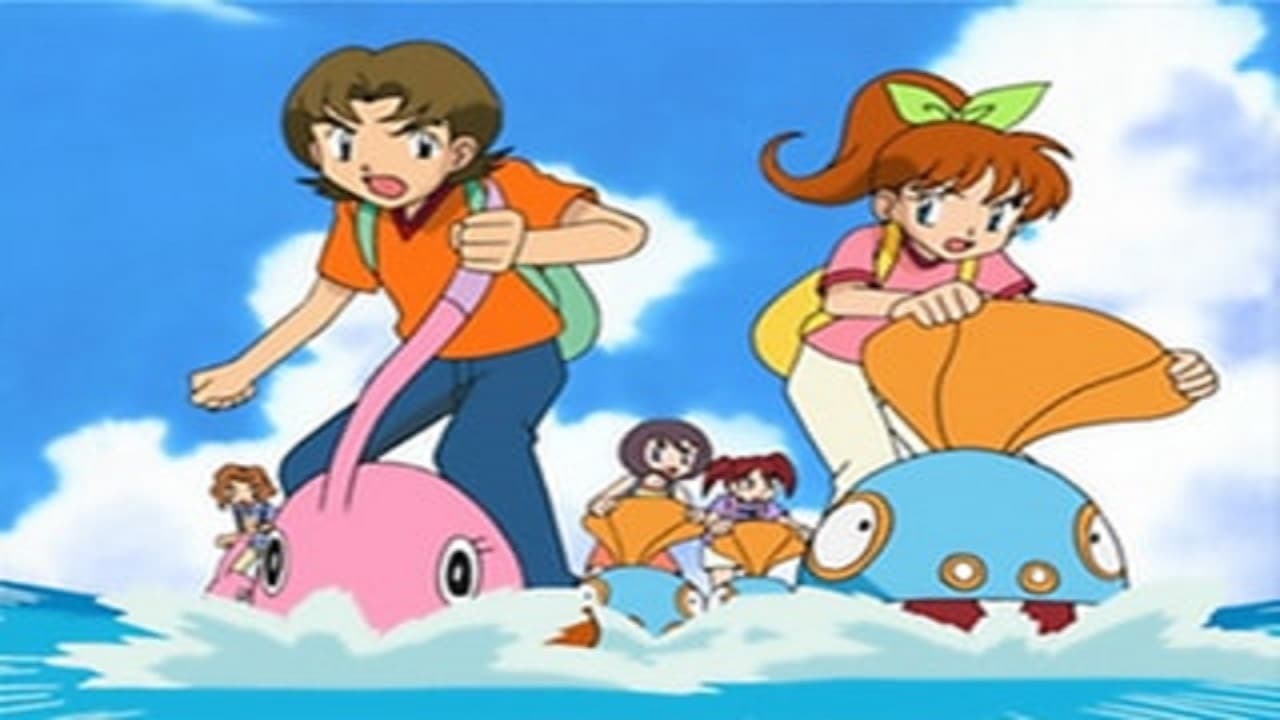 En route to the ABC Islands, Ash and the gang are passed on the way to Island A by a group of children racing on top Huntail or Gorebyss. It turns out that there is a fierce rivalry between the citizens of Islands B and C: Clamperl evolve into Gorebyss on Island B, while they evolve into Huntail on Island C. The children all attend school on Island A, and fight often during class. At the Pokémon Center they find Professor Birch in a pool. He is studying the different Clamperl Evolutions, and the kids travel with him to a cave on Island C where Clamperl are known to evolve. They are followed by a boy named Keith from Island B. They travel to a similar cave on Island B, followed by Nancy from Island C. When everyone returns to the Pokémon Center on Island A, they find out that Keith actually wants a Huntail and Nancy wants a Gorebyss. After doing some research, Birch reveals that the Evolution is dependent on the items Deepseatooth and Deepseascale, but he doesn't know how. Team Rocket attacks them at the PC, but Keith and Nancy's Clamperl use Water Gun while Pikachu drives them off with Thunderbolt. Professor Birch and the kids return to Island B, where they put a Deepseascale on Nancy's Clamperl. On Island C they put a Deepseatooth on Keith's Clamperl. Neither Pokémon evolves, so Birch beams them to the Pokémon Center for further research. Back at the PC, when the kids take out their Clamperl, both Pokémon evolve: Nancy's into a Gorebyss and Keith's into a Huntail. Team Rocket attacks again, but the newly evolved Pokémon drive them off with Confusion and Screech. The rivalry between Islands B and C ends and the people start trading their Clamperl back and forth to get the evolved Pokémon they want. Ash and friends leave on a ferry for their next destination.