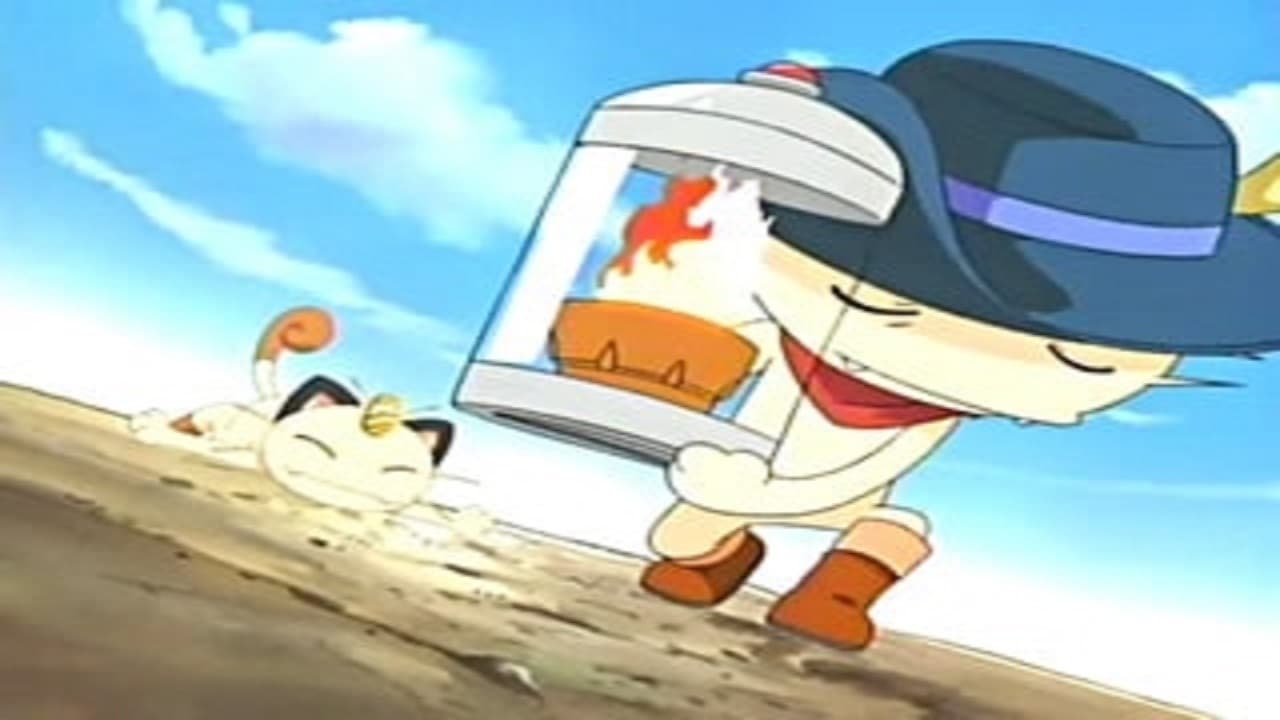 Pokémon Season 8 Episode 33 : Like a Meowth to a Flame

Ash and his friends have finally arrived in Ever Grande city for the Hoenn League Championships, but they're mobbed by a group of Murkrow as they're looking for a place to eat. A snappily-dressed Meowth and its Trainer, Tyson, jump into save the day. After introductions and a friendly lunch together, it's time to see the torch carried to the stadium. Tyson himself turns out to be the torch bearer! While Tyson heads for the stadium, Ash makes his preparations for the Hoenn league and wonders where Morrison is. Team Rocket is also making their preparations—to steal the torch, which burns with a legendary flame! When Tyson brings the torch to a storage room before the ceremonies, a disguised Team Rocket grabs the torch and runs! Officer Jenny, Nurse Joy, and our heroes all give chase and finally corner Team Rocket. Tyson's Meowth seizes the torch and dares Team Rocket's Meowth to try and take it back. Meowth, its pride wounded, takes up the challenge, but is quickly defeated by its new rival before Team Rocket is sent blasting off as usual. With the torch recovered, now the Hoenn League championships can get underway!