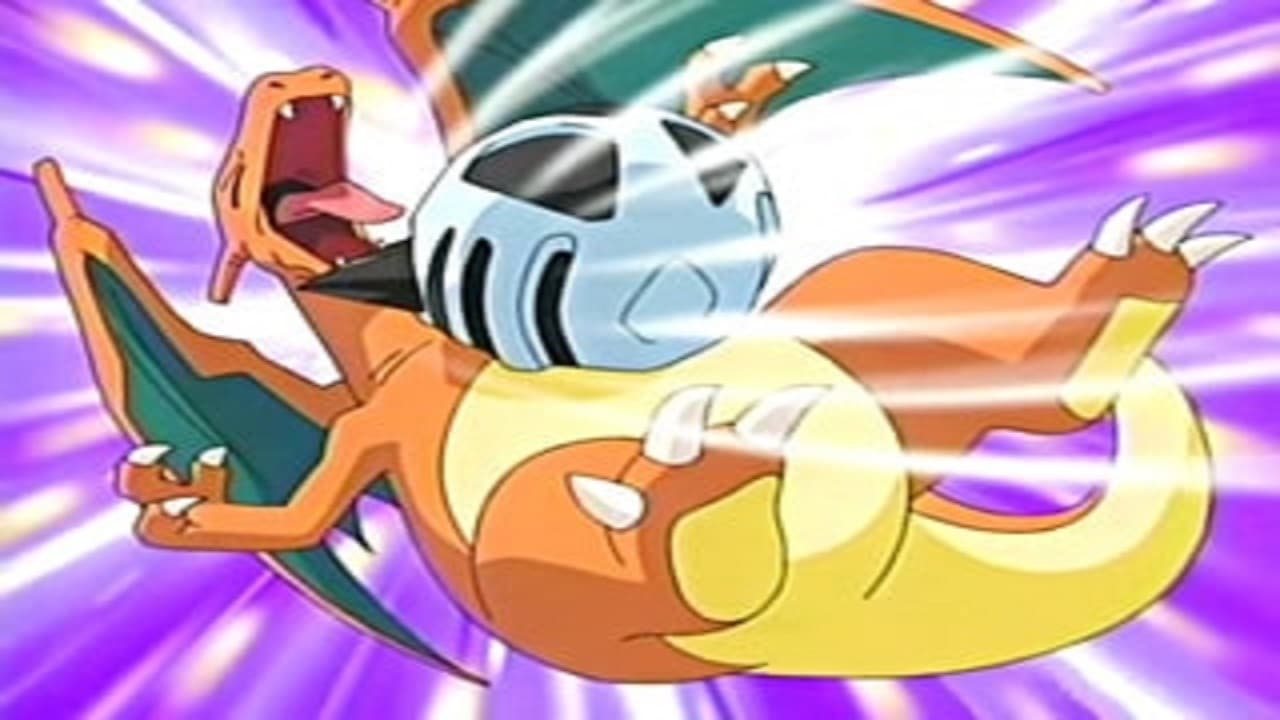 Ash, Tyson, and Morrison are all aiming for the top of the Hoenn League, but first they have to qualify for the Victory Tournament stage of the competition. In the third and final double battle qualification round, Ash sends out Glalie and Groyle against Clark, a conductor with two strong Fire-type Pokémon—Charizard and Quilava. Grovyle and Quilava are knocked out first, and it's an icy hot battle as Charizard and Glalie battle for victory! Thanks to Ash's quick thinking, Glalie bounces back for the win. Morrison and Tyson advance to the Victory Tournament, too. In fact, the only ones not getting anywhere are Team Rocket. It's hard to steal Pikachu when they're busy selling snacks at the stadium, but honest work has its rewards... a delicious dinner they didn't even have to steal! Meanwhile, the Trainers have a day off to see the sights and do some extra training. Now the Victory Tournament begins: 32 competitors, one winner! Ash's first opponent is Katie, a strategic Trainer who takes full advantage of type weaknesses and strengths. She starts out with Venomoth, but switches in Golduck to put Ash's Torkoal out of the match. Next up is Pikachu, but Katie counters with Dugtrio and sends Pikachu flying! Glalie knocks out Dugtrio, but is stopped by Misdreavus and its Destiny Bond attack. With Ash down three Pokémon and Katie only down two, will he be able to hang on to this match?