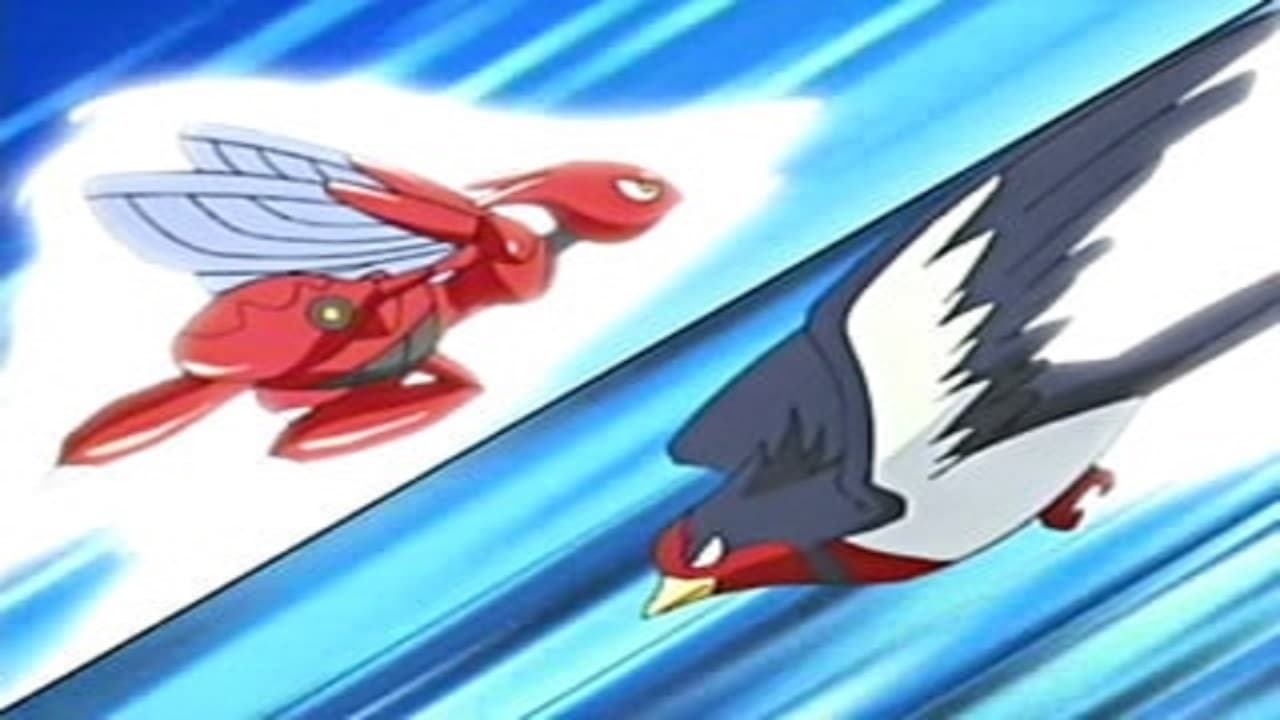 The first round of the Victory Tournament finds Ash in a tight spot. He has three Pokémon remaining; Katie, his opponent, has four. Katie's Golduck faces Corphish on a water field and uses its attack to confuse Corphish. Luckily, even confused, Corphish is one tough Pokémon! Its haphazard attacks manage to defeat Golduck. Then it's a tense series of battles as Ash rallies and knocks out all of Katie's Pokémon until only her Walrein remains! Walrein knocks out Swellow and Corphish with no problem, but Ash's spur of the moment tactics and Groyvle's fighting ability are still a force to be reckoned with. Walrein's Ice Beam has the side effect of freezing over the water, which means it can no longer dive to avoid attacks, and Grovyle takes full advantage of the situation to strike fast and hard. Victory to Ash! The next round draw is completed, and to their mutual shock, Ash and Morrison will be battling each other. Morrison runs off, stunned by the thought of battling his friend. And where has Team Rocket been all this time? Still working hard to sell snacks at the stadium! Their boss will even take them out for dinner if things keep going well. Will the promise of food actually keep Team Rocket out of trouble? The next day, Morrison and Ash begin their match. Morrison doesn't have the heart to battle, and his Girafarig is quickly beaten by Corphish. Will he recover in time to make it a good match, or will this experience affect his friendship with Ash?