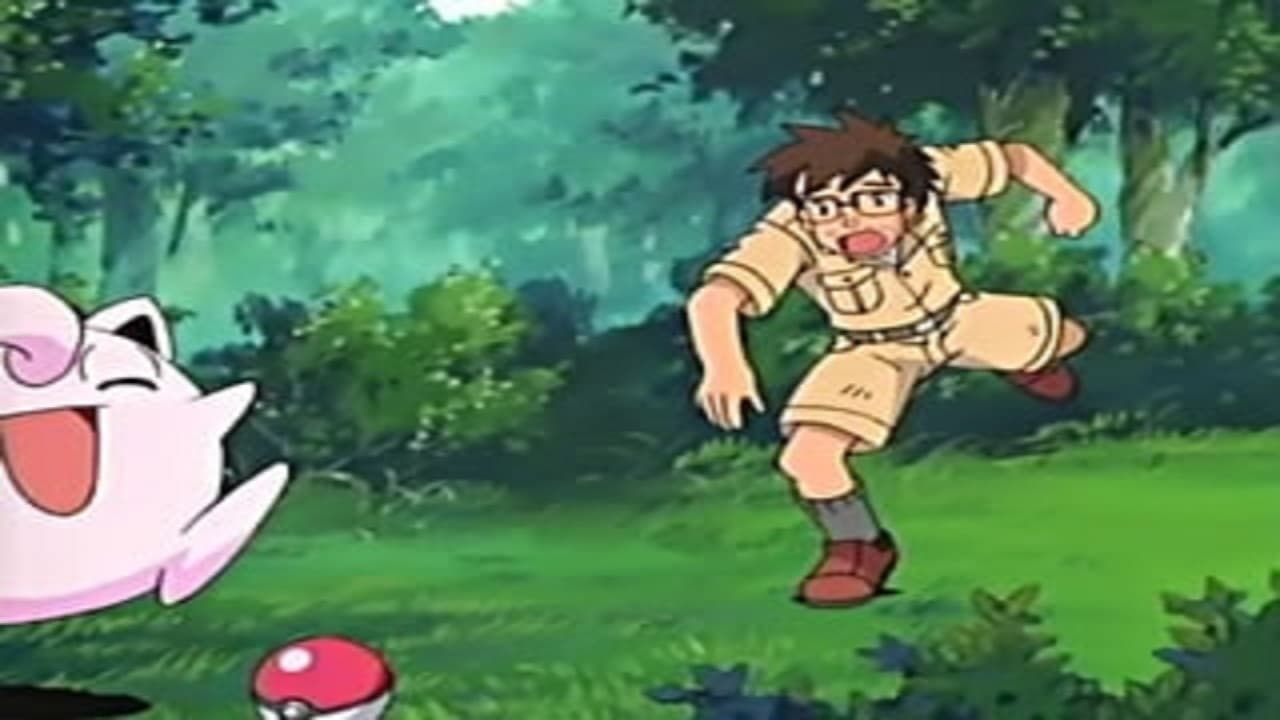 On their way to the Battle Arena, Ash and his friends are snagged by a net trap. But for once, it's not Team Rocket—it's a fellow named Mitch and his Loudred, and they're tyring to catch Jigglypuff! Mitch used to be a company executive until his daughter Lisa requested a Jigglypuff for her birthday, and for six months he's been in the woods trying to get one. Every Jigglypuff comes to tease him, and every day Jigglypuff gets away scot free. Plus, Lisa's birthday is tomorrow! Ash decides to help Mitch out, but Jigglypuff puts everyone to sleep, even Team Rocket. What's more, it's tough, and it's not impressed when they try to lure it with food! So they trick it into battling Loudred and using Rollout, which rolls it right into the cabin—now covered in sound-reflecting panels. Pikachu battles Jigglypuff until it uses Sing, and the echoes of its attack put it to sleep. Now Mitch can catch Jigglypuff, but he realizes it belongs in the forest after all. He and the kids return to town, where Lisa is happy to have her dad home even if he didn't bring a Jigglypuff. Just then, Jigglypuff comes flying in, angry at Mitch for leaving. It turns out that Jigglypuff liked playing with Mitch, and it decides to stick around. So now Lisa has two new Pokémon friends!