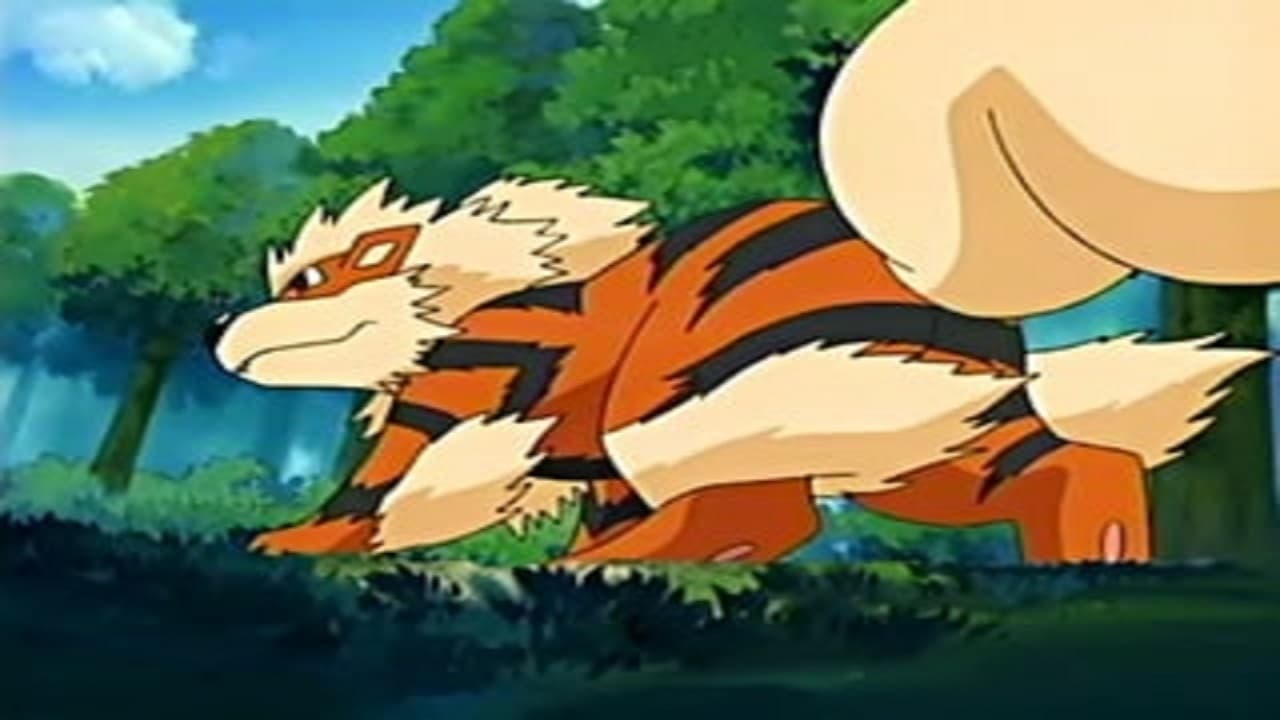 May and Ash are waiting on line outside a popular bakery when an Arcanine runs past. May wants to catch it, but she sees that Drew is chasing it too! Thanks to Extremespeed, Arcanine easily escapes. May catches up to it while it's eating and sends out Combusken, but Arcanine outruns her Pokémon. So Ash and his friends stop to ask a woodsman about Arcanine, and he points them to locations where it sometimes appears—but he also told Drew the same information about an hour ago. Meanwhile, Team Rocket has been fired from the bakery for eating the merchandise, and a combination of Wobbuffet and hunger leads them to a Pecha grove. Ash and his friends are waiting in the grove; when Arcanine shows up, they send it towards May and Squirtle. Arcanine uses Roar on Squirtle, and May sends out Munchlax to use Metronome. Metronome gives Munchlax Extremespeed, speed it uses to eat all the Pecha berries. By the time Team Rocket arrives, the trees have been picked clean! They do spot Arcanine, however, and decide to nab it for the boss. May and Drew again run into each other on a high ledge and see Arcanine run off again. Irate, May challenges Drew to see who gets Arcanine, and Drew's Flygon quickly defeats May's Squirtle. Both Coordinators chase after Arcanine anyway, only to find it feeding Pecha berries to its young Growlithe. Team Rocket kidnaps Arcanine and the Growlithe, but Drew and May team up to free them and defeat Team Rocket. May and Drew then decide not to break up Arcanine's family, and they let it go on its way. Drew goes on his way too, but not before he tells May to try the Pokémon Contest in Saffron City. Excited, our heroes set their sights on their next destination!