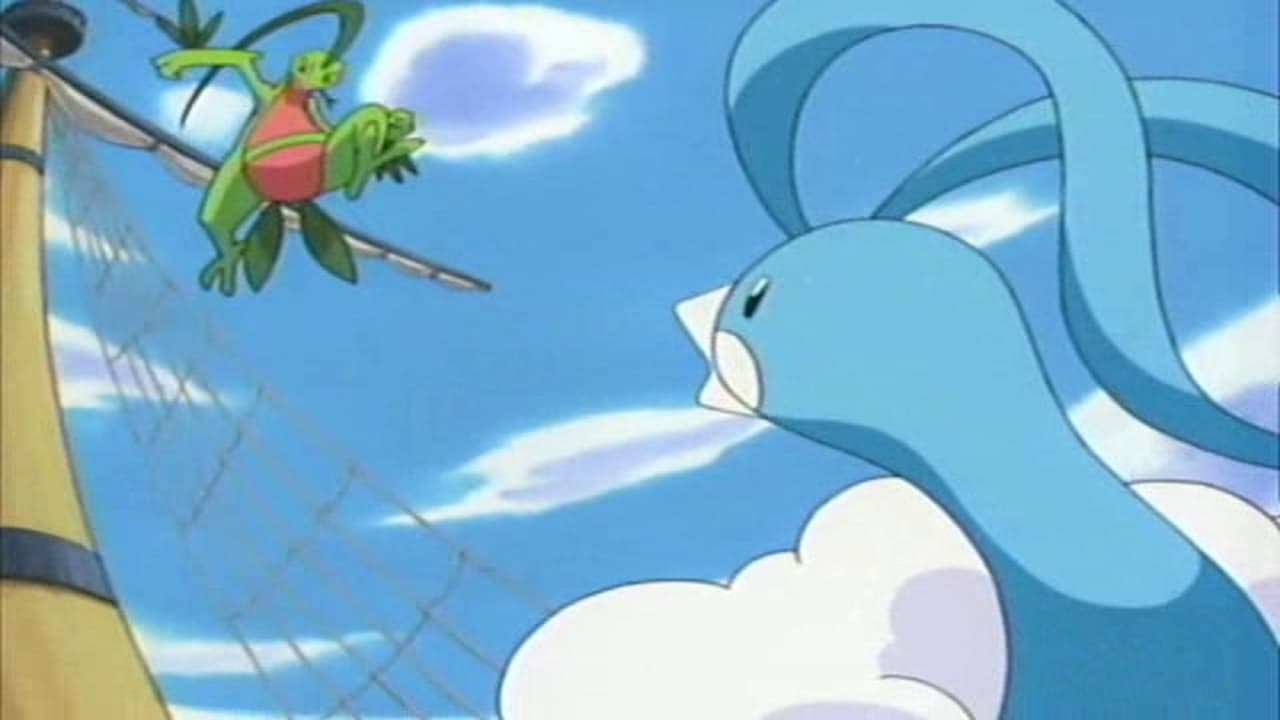 Ash is battling with another Trainer by the waterfront, not realizing he is being watched by a mysterious sailor. After he wins, Ash is confident and boastful. The kids decide to grab something to eat. Team Rocket is currently working in a small restaurant, when the old sailor walks in and demands some hot milk. While he is there, Ash and friends sit down outside and talk about battling. The man approaches them, and Max recognizes him as Drake of the Elite Four! Drake invites all of them (including the disguised Team Rocket) to his boat, where he challenges Ash to a battle. Drake sends out his Shelgon, and though it is slower, it waits for Pikachu to get just close enough to take it down with Dragonbreath and Dragon Claw. Ash calls out Grovyle against Drake's Altaria, and though Grovyle has a better time leaping on the masts of the ship, it gets knocked out by some powerful moves from Altaria, including Aerial Ace and Solar Beam. Team Rocket takes advantage of a weakened Pikachu to steal it, but Drake calls out his Salamence. It uses Dragon Claw and Flamethrower to send the thieves blasting off. With Team Rocket thwarted and a few lessons learned, Ash and friends have dinner with Drake and his crew on the boat.